Rockingham Road Pleasure Park in Kettering has been recognised by the Green Flag Award Scheme as one of the best in the country. The park is among a record-breaking 1,970 UK parks and green spaces and 131 in thirteen other countries around the world, that will today receive a prestigious Green Flag Award – the mark of a quality park or green space.

This international award, now into its third decade, is a sign to the public that the space boasts the highest possible environmental standards, is beautifully maintained and has excellent visitor facilities.

“We are absolutely delighted to receive a Green Flag Award from Keep Britain Tidy. We have a full management plan for Rockingham Road Pleasure Park with a vigorous maintenance regime from a dedicated and highly experienced team supported by the Friends of Park Group. This Award recognises and highlights that people in Kettering are benefitting from a green space of the very highest quality.”

“The Council and the Friends of Park Group are absolutely delighted to receive a Green Flag award again. We know how much quality green spaces matter to residents and visitors, and this award celebrates the dedication and community input that goes into maintaining the park to such a high standard”

“It’s fantastic that we have more Green Flag Awards in the UK than ever before, joined this year by 131 International winners.”

“Each flag honours the thousands of staff and volunteers who work tirelessly to maintain the high standards demanded by the Green Flag Award. We congratulate each and every winner on their fantastic achievement.”

Winners of the ‘Best Art Gallery’ at the Northants Muddy Stilettos Awards 2018. 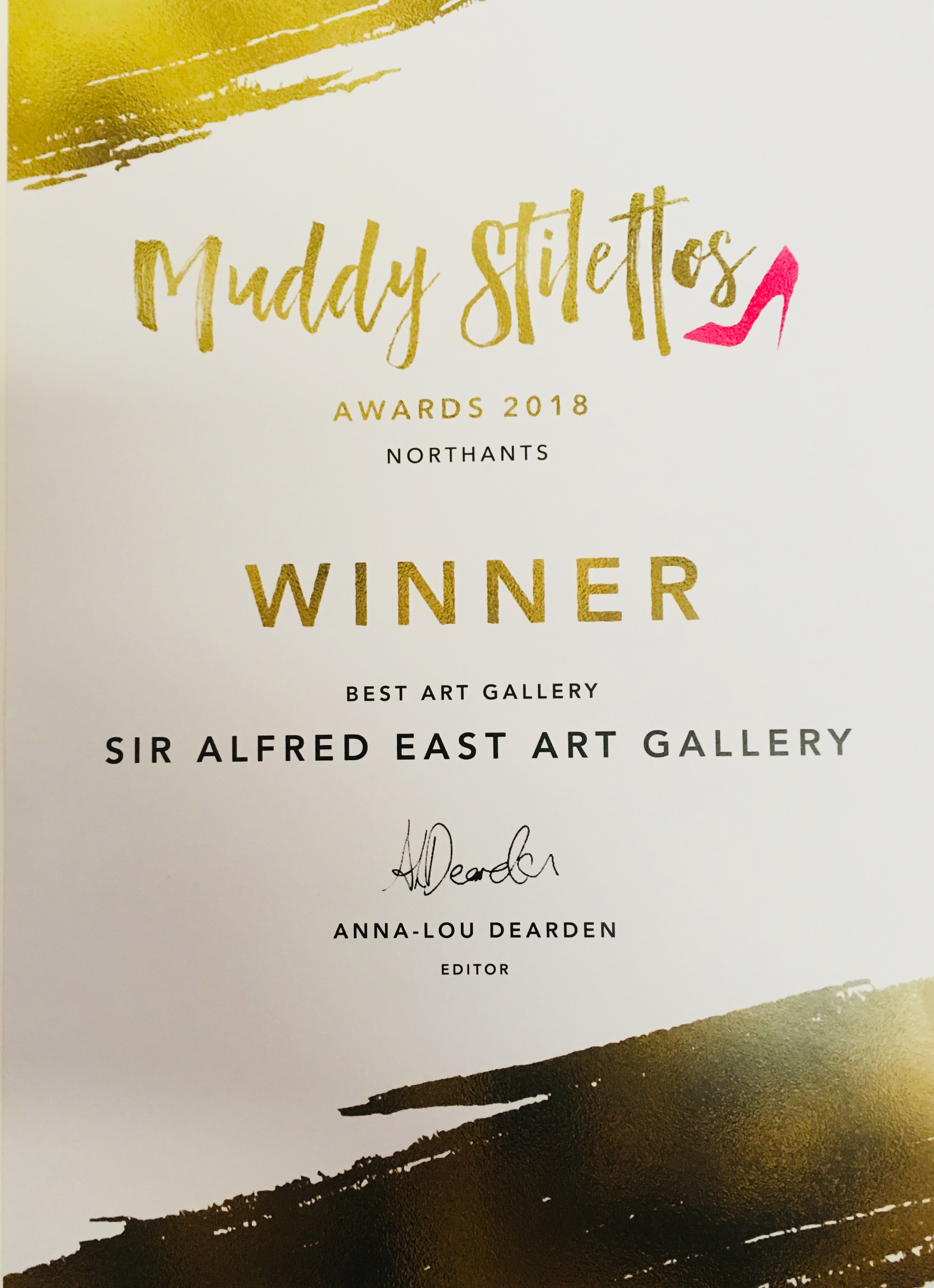