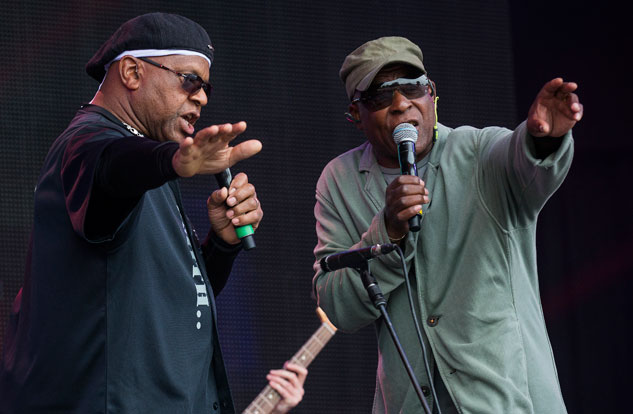 Chris Amoo with Dave Smith at the Lighthouse Theatre – still looking and sounding great!! Featuring million-selling hits including three No. 1 singles in the 70’s & 80’s ‘You to me are Everything’ ‘Can’t get by without you’ & ‘Feel the Force’ Hear all the hits plus some fantastic covers such as ‘Ladies Night’ ‘Celebration’ ‘Good Times’ & ‘Ain’t no stopping us now’ in an action packed show.

Original vocalists, Chris Amoo and Dave Smith, perform these hits and many more live on stage with their own fantastic 5-piece band. Enjoy tracks like “You’ll Never Know What You’re Missing” “Whenever You Want My Love”.

Celebrating the 40th anniversary of their debut hit single ‘You to Me Are Everything’, the Liverpool based trio boast three million selling hit singles including, ‘Can’t Get by Without You’, ‘Whenever You Want My Love’ and ‘Can You Feel the Force’, making them the UK’s best-selling black group of the late 70s.

The band continue to tour up and down the country selling out venues and regularly perform at 70’s & 80’s festivals alongside such artists as Rick Astley, Boy George, Belinda Carlisle, Kool and the Gang and Chic.

Commenting on The Real Thing’s success, singer Chris Amoo said, ‘There’s always going to be a sense of nostalgia about our music. It’s the sound track to so many people’s lives and that will never die.’