TV Star Will Mellor will help kick off Christmas in Kettering this year by turning on the town’s lights at the eagerly anticipated ‘BIG Switch On’ event.  The Hollyoaks and Two Pints of Lager and a Packet of Crisps star will take to the stage on Kettering Market Place on Thursday 28th November as part of a fun festive schedule.

The BIG Switch on will run from 4pm-8pm, hosted by local community radio station Shire Sounds.  In addition to Will, the event will feature CBBC’s Ed Petrie from the Lighthouse Theatre’s Panto ‘Cinderella’, plus live music and entertainment for the whole family. YouthWorks and Johnny’s Happy Place’s Lantern Parade will once again conclude at the Market Place to join the celebrations. The town’s festive celebrations will include performances from Beat Project Dance Company, KLF Choir (Kingsley & Red Kite Academy), Kettering Town Silver Band, Kettering Singer Vicki Becks plus duets with Kara Smith and Dave Lee and Kettering’s Own Ska, New Wave and Punk band The Fevers, plus a funfair, vortex, fire engine, Kettering Lions’ Santa Sleigh, street performers, a giant polar bear and much more!

As part of the Christmas festivities, and to support local businesses, Kettering Borough Council is offering FREE parking in its town centre car parks on the following days in December*:

These dates are in addition to the free parking that already operates in Council owned car parks on Sundays (all day) and evenings (after 6pm).

More information about Christmas in Kettering can be found at www.thisiskettering.com/christmas 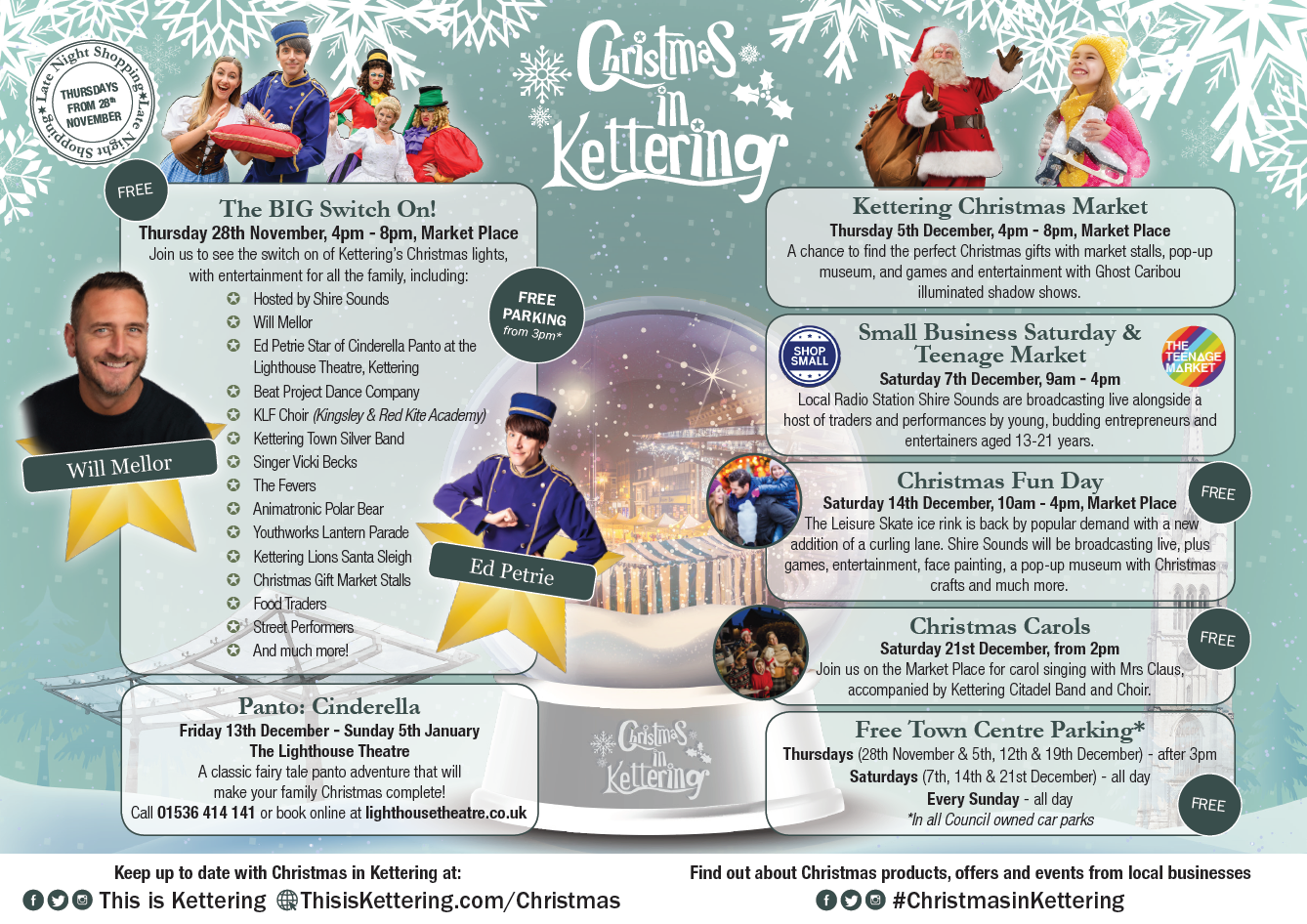 Will Mellor to switch on the town’s lights as Christmas in Kettering is announced!