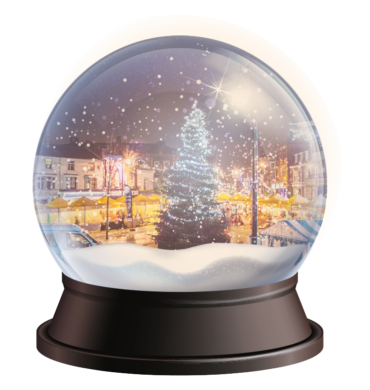 North Northamptonshire Council is proud to announce that Coronation Street Star, Samia Longchambon, will kick off the Christmas in Kettering 2022 celebrations by turning on the town’s lights! The English actress and Dancing on Ice Star has played the role of Maria Connor in the ITV soap opera Coronation Street since 2000 since the age of 20 years old and will take to the stage at the eagerly anticipated BIG Switch On event on Thursday 24thNovember, starting at 4pm.

“I’m really looking forward to being in Kettering to help switch the Christmas lights on and kickstart the festivities this year! Thanks for having me…”

The full, fun, and festive schedule will be released soon, so keep your eyes peeled on This is Kettering social media channels as you won’t want to miss what’s in store this year!

In anticipation for this year’s Christmas festivities here’s a reminder of all the fun we had at the Christmas Lights Big Switch On event in 2021 with lots of free entertainment for the whole family. Thank you to everyone who came and supported the events before, we hope to see you again in Kettering town centre shopping local this festive period.